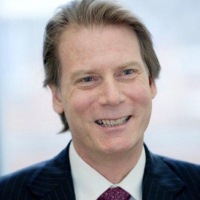 Michael Sheren is a senior adviser within the Bank of England. In his role, he provides counsel and independent challenge to senior PRA management on matters concerning, governance, banking supervision and policy as well as research relating to the financial markets. On behalf of the BoE and the UK government, Sheren co-chaired the G20 Sustainable Finance Study Group with China. Correspondingly he is actively involved in domestic and international green finance activities including within the G20 Infrastructure Working Group and the NGFS. Sheren is also actively involved in the bank’s fintech and digital finance work in the UK, Europe and Asia. Prior to joining the bank, Sheren spent over twenty five years in the debt capital markets where he specialised in the structuring, distribution and trading debt for major global financial institutions in New York and London. Sheren holds master’s degrees from Harvard, The London School of Economics and New York University where he studied finance, economics, philosophy and public policy. He also holds a BA from the George Washington University.