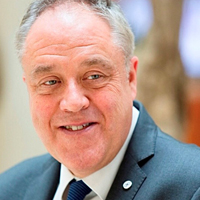 Richard has been a leading voice on corporate responsibility, during a career spanning international politics and business. In a distinguished twenty-year period as a Member of the European Parliament, Richard served as Rapporteur on Corporate Social Responsibility. He is known as the key architect of the EU’s Non-Financial Reporting Directive, described as the foremost legislation internationally on corporate transparency. Subsequently, Richard has completed a three year-term as Chief Executive Officer at the International Integrated Reporting Council, driving reform of corporate reporting with its global coalition of businesses, investors and regulators. This included helping to establish the major project seeking better alignment between the world’s principal financial and non-financial reporting frameworks. Richard participated in the development of the Guiding Principles on Business and Human Rights in the UN Human Rights Council, was an adviser to the OECD in its update of the Guidelines on Multinational Enterprise and a member of the B20 Business Leaders’ group advising G20 Governments, serving on its Energy and Climate and its Integrity Task Forces. He has travelled and spoken extensively throughout the world, including at the Rio+20 UN Summit on Sustainable Development, the World Economic Forum and the World Investment Forum. Richard has continued to lead European initiatives as a member of the European Commission’s Sustainable Development Goals Platform, and advisor on the survey of 1,000 European companies published in February - the biggest ever survey of corporate sustainability reporting.